International Youth Day (IYD), which made its debut in 2000, is an awareness day designated by the United Nations and observed each year on 12th August. Through meetings and cultural events, government leaders and youth-group representatives draw attention to issues that affect young people. The theme for IYD 2022 is Intergenerational solidarity: creating a world for all ages. 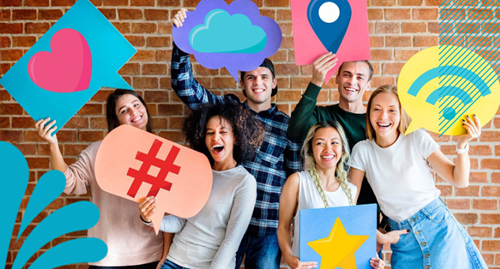 There are numerous definitions and interpretations of “youth”, but for the sake of consistency, the United Nations defines a “youth” as a person between (and including) the ages of 15 and 24.

Generation Z (Gen Z) refers to the cohort of people born between 1995 and 2010 (or sometimes 1997 and 2012). This social generation of teenagers and young adults are frequently described as lazy, boring, depressed, obese, sensitive, well-behaved, studious, lonely, risk averse, unaware, and reluctant to grow up.

This profile might be a true one. Or it might not. But one thing is certain: Gen Z are actively addressing the problem of anthropological global warming. Today’s youth are working hard to save the planet.

School Strike for Climate (Fridays For Future) is an international campaign for political action in response to the climate crisis. The first global school strikes took place on Friday 15th March and Friday 24th May 2019, involving 1,000,000 students in 150 countries. In September 2019, Friday For Future strikes were timed to coincide with the UN Climate Action Summit in New York. Approximately 4,000,000 strikers demonstrated on Friday, 20th September, making this event the largest climate strike in history.

The American climate activist, Alexandria Villaseñor (born 2005), is a co-founder of the US Youth Climate Strike and one of 16 children who, in September 2019, filed a legal complaint with the United Nations, alleging that Germany, France, Turkey, Argentina, and Brazil had failed to uphold the reduction targets they committed to in their Paris Agreement pledges.

Following the example of Swedish activist Greta Thunberg, 13-year-old Alexandria skipped school on Fridays over the winter of 2018/2019 to sit outside the United Nations headquarters in New York City. Her banners read “School Strike 4 Climate Change” and “COP 24 Failed Us”. Alexandria told the Washington Post, “If I don’t have a future, why go to school.”

Scarlett Westbrook (born 2004) was co-organiser of the UK’s first Fridays For Future strikes.

She’s a spokesperson for the UK Student Climate Network (UKSCN), founded in 2018, and Head of Political Engagement at Teach the Future, a UKSCN campaign for climate education in the UK. Teach the Future is responsible for the first ever student bill, the Climate Education Bill, which “requires matters relating to climate change and sustainability to be integrated throughout the curriculum in primary and secondary schools and included in vocational training courses”. In January 2022, Scarlett introduced the new bill to an audience of more than 100 MPs and Peers. 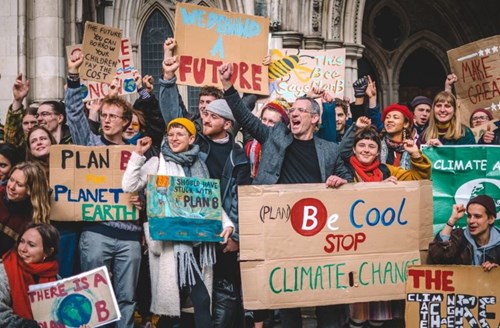 British sisters, Amy and Ella Meek (born 2004 and 2006 respectively), began environmental activism by picking up litter. They went on to found the charity Kids Against Plastic, a launchpad for their nationwide Plastic Clever scheme, which helps businesses, schools, festivals, restaurants, and councils reduce their consumption of single-use plastic. Amy and Ella received a Pride of Britain award in 2021 and British Empire Medals (BEM) in 2022 for voluntary services to the natural environment.

But where did Fridays For Future begin?

They began in August 2018 with one little girl sitting outside the Swedish Parliament, holding a placard that read “Skolstrejk för klimatet” (School Strike for Climate). Greta Thunberg skipped school every day for more than two weeks. 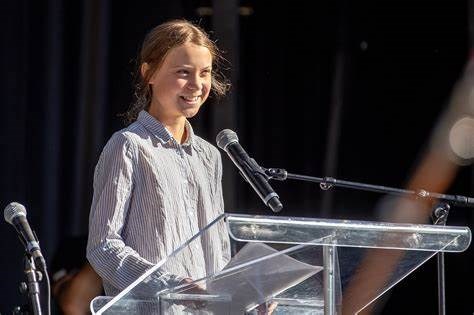 Through social media and increasing attention from the world’s press, Greta mustered support from thousands of other schoolchildren all over the world. Generation Z were on a mission to make themselves heard by governments and the United Nations.

Greta has always been focused on her goals. She’s faced criticism of her political stance, her boldness, her personality, and her looks. But she maintains that she’s not interested in popularity; all she wants is for people to stop warming the planet. Greta’s titanic emotional strength, her calmness, and her crystal-clear message are truly bewitching.

Greta Thunberg has been included in Time Magazine’s 100 most influential people, and she was nominated for the Nobel Peace Prize in 2019, 2020, and 2021.

Several newly discovered species, including Greta Thunberg’s rainfrog (Pristimantis gretathunbergae), have been named after her. 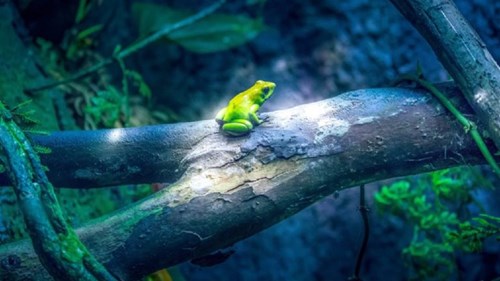 Greta’s commitment to the cause has inspired thousands of young people all over the world. Her words ignite passion. Her influence has been dubbed “the Greta effect”.

More than 2000 scientists from 40-plus countries pledged their support of the September 2019 climate strikes by signing an open letter, which concluded:

"Students have led and we must follow—in defence of the scientific truths our colleagues have discovered over the decades, and of the planet we love."

“The youth climate movement is calling for a global general strike. We, the undersigned scientists and academics, support them wholeheartedly. We pledge to support their strike in our country’s main day of action (20th and/or 27th September), and encourage people from other professions and walks of life to support the strike and this movement.”

In 2050, Generation Z will be aged 40 to 55. Hopefully, in 2050, the temperature of Earth’s atmosphere will be no higher than it is today, and hopefully, single-use plastic will be a thing of the past. Hopefully.

But hope isn’t enough. We have to put theory into action. 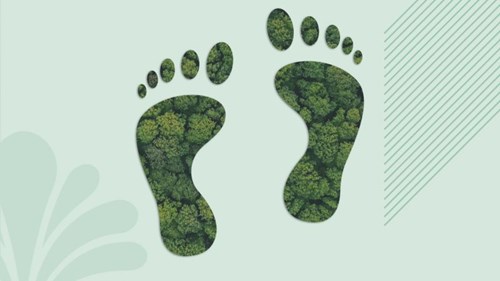 Aqua Libra Co’s energy-efficient water dispensers are designed for a society that cares about the environment and about the future of our planet. Our family of products – Aqua illi, Aqua Alto, Aqua Link, Aqua Bottler, and Flavour Tap – were conceived from a desire to elimination single-use plastic, and developed through a commitment to sustainability. This is our role in intergenerational solidarity. 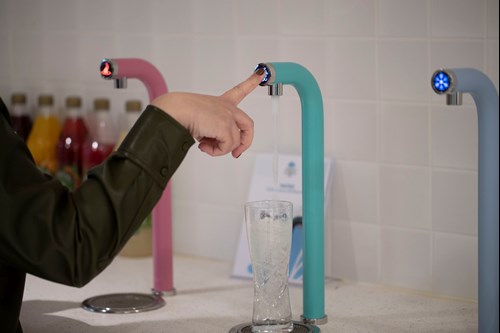 To talk to us about energy-efficient mains-fed water dispensers, call 0800 080 6696 or email hello@aqualibra.com.