Following two Christmas seasons under the shadow of the COVID-19 pandemic, Christmas 2022 approaches with the promise of good old-fashioned social gatherings. The hospitality sector, which was severely affected by social distancing laws, is on the road to recovery, with pubs, in particular, benefitting from World Cup mania. Hungry for face-to-face social interaction, people are keen to get out there and party.

… And have a few alcoholic drinks. 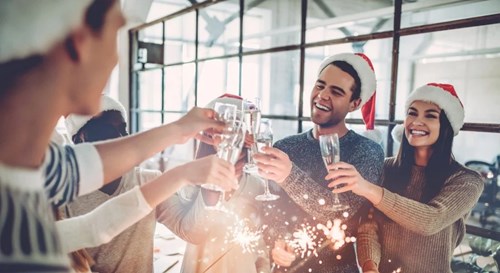 In chemical terms, there are many forms of alcohol. However, in terms of alcoholic drinks, we’re talking mainly about the psychoactive drug, ethanol (C2H6O), which works as a depressant of the central nervous system.

Gamma-aminobutyric acid (GABA) is the mature mammal’s main inhibitory neurotransmitter. Through interaction with GABA receptors on the surface of cells, the role of this neurotransmitter is to reduce excitability in the nervous system. Prescription drugs that stimulate GABA receptors are used to treat conditions such as essential tremor, epilepsy, and anxiety.

In addition to fooling the body’s GABA receptors, ethanol releases other kinds of inhibitors – notably serotonin and dopamine. And as if that wasn’t enough, ethanol also inhibits the major excitatory neurotransmitter, glutamate.

So, after one or two drinks, we feel relaxed and disinhibited. 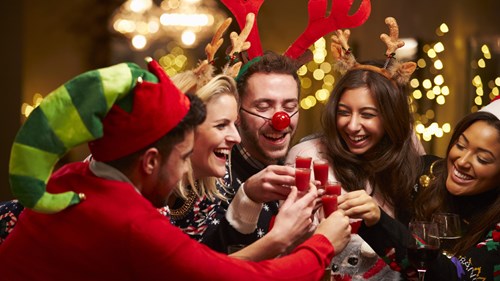 After a couple more, motor function declines. Speech is slurred, spatial awareness is impaired, and even proprioception is uncalibrated.

When alcohol is metabolised – which happens remarkably quickly, as it’s absorbed through the walls of the small intestine – an enzyme in the liver, called alcohol dehydrogenase (ADH), converts the alcohol to a toxic substance called acetaldehyde, which in turn is converted by the enzyme aldehyde dehydrogenase (ALDH) to (non-toxic) acetate.

If the drinking’s heavy, the liver can’t keep up, and unconverted acetaldehyde is left in the system.

Alcohol is a diuretic, because it inhibits the release of vasopressin, a neurotransmitter that regulates body fluid levels.

Normally, when fluid levels are low, vasopressin signals to the kidneys a need to retain water and pass it back into the blood stream. If vasopressin is repressed, though, we urinate freely (rather than hanging onto the fluid) and become dehydrated.

Ethanol affects the function of the pancreas, increasing insulin levels in the blood. It also affects liver function and can inhibit the release of glucose into the blood. Drinking alcohol, therefore, can cause hypoglycaemia in non-diabetic people.

(NOTE: If you are diabetic, there are additional risks.)

And then we come to the morning after. 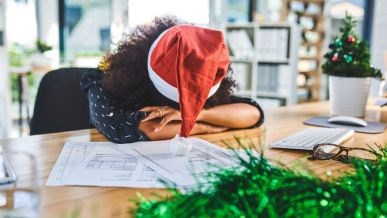 Let’s not list the symptoms. We all know what they are.

Instead, let’s have a look at a few (alleged) hangover cures. In Mongolia, for instance, a hangover is treated with a pair of pickled sheep’s eyes in tomato juice, and in Hungary it’s sparrow droppings in brandy. The UK has the greasy fry-up, and all over the world there are variations of “hair of the dog”, which is just more alcohol.

A prairie oyster consists of a raw egg yolk, Worcestershire sauce, vinegar, salt, and ground black pepper. Sometimes tomato juice is added. Eggs are a common ingredient in hangover remedies, based on their high cysteine content. Cysteine is an amino acid that helps break down acetaldehyde. 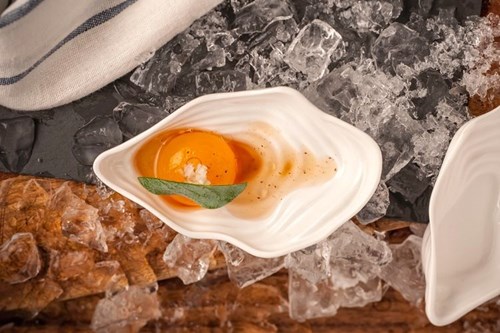 And the name? Well, the texture of the unbroken egg yolk bears a resemblance to that of an oyster.

Haejangguk is an ox-blood and cabbage soup, seasoned with fermented soy bean paste. Dehydrated and reconstituted turnip tops, beansprouts, and tripe (lining from the stomach of a ruminant, such as a cow, sheep, or goat) are common ingredients. There are several variations of haejangguk, including sundaeguk, which includes intestine stuffed with congealed pig’s blood. 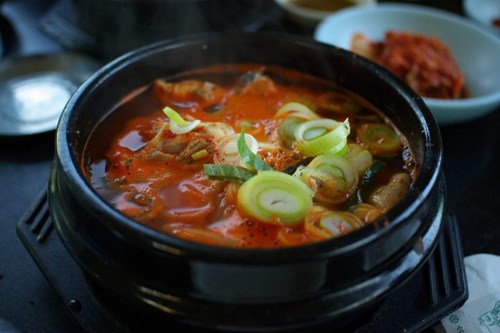 Nikolaschka is named after Tsar Nicholas II, who is said to have invented the remedy. This is one of the many variations of “hair of the dog”. Nikolaschka consists of a slice of lemon sprinkled with sugar and ground coffee. It’s eaten in one bite, followed by a swig of brandy or vodka.

Balut is a duck embryo, boiled or steamed in its egg after 14 to 21 days’ incubation. The whole of the duck is eaten, including the soft, partially developed bones.

Sviðasulta is a sheep’s head terrine – a very simple dish made by boiling a whole sheep’s head (sawn in half, lengthways) in salt water. When all the meat is off the bone, you put it into a dish with the stock and refrigerate. Apart from all the goodness of meat protein, this salty dish replenishes those important electrolytes that were lost through dehydration.

Just check you have the sheep’s head in your fridge before going out on the razzle. Considering the time of year, and all the partying going on, they’ll probably be in short supply.

A pizzle (Middle English word for “penis”) is a dried bull’s penis. In the late Middle Ages, a bull pizzle was used in England as a flogging instrument, and in the 21st century, bull pizzles are widely available as chewing treat for dogs. 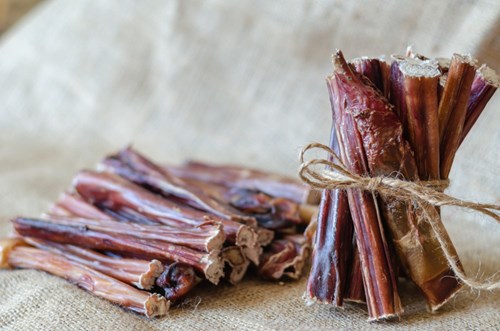 In Sicily, however, the pizzle is a trusted hangover remedy, although it’s hard to believe that supply could ever match demand. 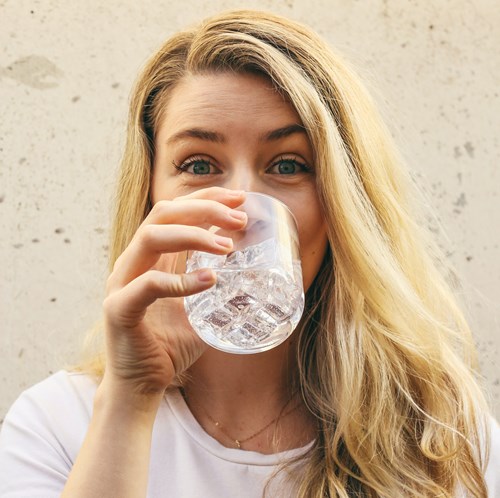 Most people would agree that replacing lost nutrients (water, sodium, protein, carbohydrate, vitamins, etc) is a good idea. However, there is no scientific evidence that any particular concoction will cure a hangover. Like the common cold, it will go in its own time.

It’s very likely that the chief benefit of these bizarre remedies lies in their placebo effect.

A hangover probably can’t be cured, but it can, to some degree, be prevented. Keep hydrated by drinking one glass of water before each alcoholic drink and another one before bed. All restaurants and pubs provide free tap water from the bar, and many of the best establishments will offer pure chilled or ambient water from a top-quality water dispenser.

Yes, you’ll be urinating like a racehorse all night, but you would be anyway.

In the morning, when you’re feeling a little groggy – but not nearly as bad as your chums, who drank no water at all – keep sipping water to rehydrate your body. Maybe your workplace has a mains-fed bottling system where you can refill your water bottle, or a boiling water tap, so you can make a refreshing cup of ginger tea. 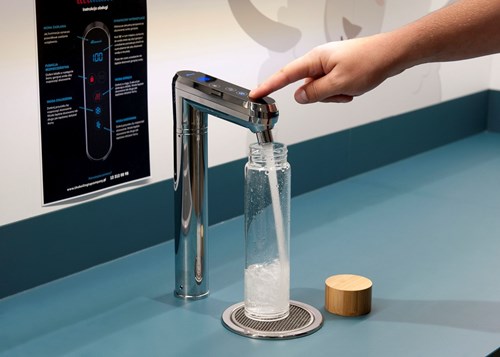 It might be a good idea to have a packet of crisps as well.

If you’d like to talk to us about energy-efficient, mains-fed water dispensers, email hello@aqualibra.com or give us a call on 0800 080 6696.