Once upon a time, flavoured soft drinks were for children. In a social setting, adults who chose not to drink alcohol were faced with the undignified choice of fruit squash or lemonade.

A quarter of a century ago, approximately 10% of adults in the UK classified themselves as “non-drinking”. In 2022, this figure has doubled, with 20% of British adults choosing not to drink alcohol. The shift to abstention is particularly noticeable in young adults.

One explanation put forward by sociologists is the peer support and validation provided by social media. A generation ago, young people’s social lives were heavily reliant on alcohol. Insecurities and self-doubt could be cushioned by alcohol, and the act of drinking together established a sense of belonging. For many young people today, that vital sense of belonging is found through social media.

Another influence on this non-drinking trend is an acute awareness of health and wellbeing. The sight of a young adult going about daily life with a bottle of water in hand (or maybe peeping out of a rucksack) has become a familiar one. And when a round of hot drinks are being made, it’s not unusual, nowadays, to hear somebody ask for a glass of cold water. 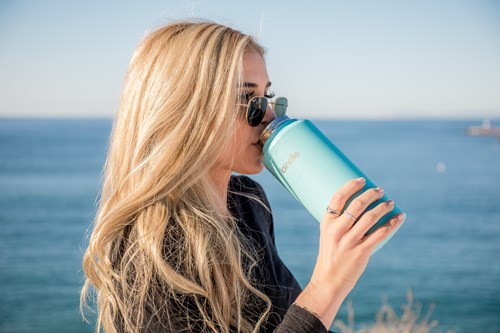 This welcome decrease in alcohol consumption among the younger generation of adults goes hand-in-hand with an explosion of innovation within the soft drinks market. New and exciting flavours are bursting onto the soft drinks scene, along with a wide range of low-calorie, sugar-free drinks that are quite at home beside the beers and wines at any summer barbecue or house party.

A recent study set out to discover what people of between 18 and 34 years look for in a bottled soft drink. The study revealed:

Citrus flavours have always been a cornerstone in the soft drinks market, but recent trends are branching out, away from the traditional lemon (Citrus limon) and sweet orange (Citrus x sinensis*) – a natural hybrid of the pomelo (Citrus maxima) and the mandarin (Citrus reticulata).

Flavours that are becoming more and more popular in adult soft drinks include grapefruit, blood orange, and yuzu.

The pomelo and sweet orange were introduced to the West Indies, from Asia, in the 17th century. A cross between the two fruits occurred in Barbados, resulting in the hybrid we know as grapefruit (Citrus x paradisi*). Per 100 grams, raw grapefruit provides 40% of the reference intake for ascorbic acid (vitamin C).

Blood orange is a variety of sweet orange, with its own unique flavour. The main attraction of blood orange is its natural deep-red colour.

Yuzu (Citrus junos) is a yellow, aromatic fruit that can grow to the size of a grapefruit. Its taste is a crisp and fresh combination of lemon and grapefruit – not for those who aren’t so keen of sour flavours!

* The x in a name identifies the species as originating from a hybrid.

The “tropics” refers to the area of the Earth between two latitudinal lines known as the tropics of Cancer and Capricorn. Comprising approximately 25% of the Earth’s surface, the tropics form a wide belt around the equator.

Tropical areas are typically hot and fertile, and many different kinds of fruit are grown here for exportation all over the world. 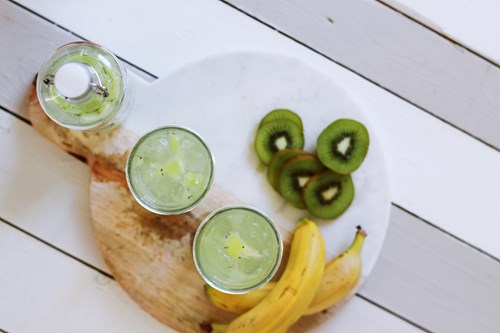 Pineapple (Ananas comosus), which is indigenous to South America, was first introduced to Britain in the 1600s. For a couple of centuries, the fruit was a status symbol, so expensive that only the very rich could afford one. Rather than being eaten, the pineapple was displayed on the dinner table in stately homes, and was even hired out to those who could not afford one of their own!

These days, the pineapple is enjoyed for its flavour and health benefits, but there’ll always be a sense of the exotic in this spectacular fruit. Per 100 grams, raw pineapple provides 44% of the reference intake for manganese and 58% for vitamin C.

The mango (Mangifera indica) originates from south Asia and is the national fruit of India, Pakistan, and the Philippines. Globally, approximately 43 million tonnes of mangoes are produced each year, and with its sweet flavour and soft yellow flesh, mango is the UK’s 15th-most popular fruit, liked by 67% of the population. Per 100g, raw mango provides 60% of the reference intake for vitamin C.

The world is becoming smaller, and if a food is grown anywhere on Earth, there’s a good chance it will be available to us in the UK. We take for granted a wide selection of citrus fruits, which evolved in Asia, and we’re accustomed to exotic fruits that are grown in the tropics. But despite a desire to embrace diversity in our diets, there still exists a need for reassuring, nostalgic taste profiles. For instance, a fresh interest in British apple varieties is creeping into our flavour choices. 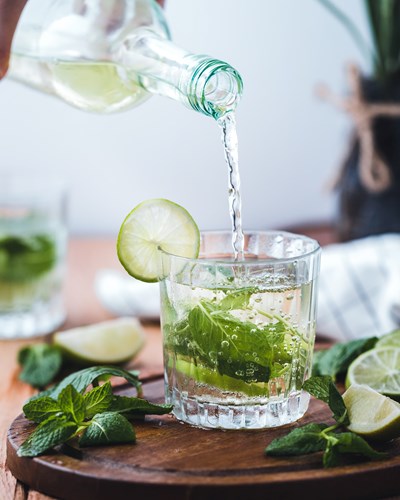 Originally a type of mead – i.e. a fermented drink – dandelion and burdock is a drink that’s been around in Britain since the middle ages. Nowadays the drink is usually carbonated. With its roots set firmly in British history, this traditional beverage provides an affirmation of national identity.

Dandelion (Taraxacum officinale) and burdock (Arctium lappa) are both indigenous to Europe and Asia, but dandelion, a rich source of nutrients, is now naturalised all over the world.

Rhubarb, the fleshy stalk of species from the genus Rheum, is native to Siberia and has been grown in Britain only since the end of the 18th century. However, during WWII, when the price of Yorkshire-grown rhubarb was capped at one shilling per pound, to keep it affordable to everyone, it became a national favourite. Rhubarb contains, per 100 grams, 28% of the reference intake for vitamin K.

As we become more health conscious and concerned about how we care for our bodies, the soft-drinks market is coming up trumps with a plethora of natural and delicious alternatives to those traditional sugary treats of the past.

Rather than narrowing our options, the trend for a healthy diet is opening up a whole new world of flavours.