Hospitality: The Heart of British Culture

With a principal offering of sociability, the hospitality sector was the hardest hit by the COVID-19 pandemic and associated social distancing laws. 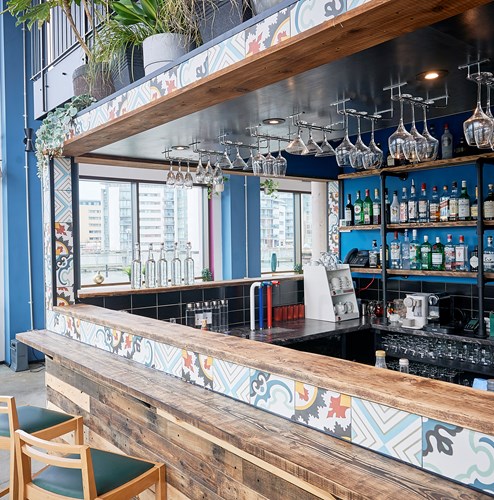 In 2019, the hospitality sector represented 3% of total UK economic output, falling by 33% in 2020 and 2021 to 2%. During this period, the sector suffered a 3.6% decline in jobs – a figure 277% larger than the 1.3% decline across all industries. (Source: House of Commons Library, Hospitality Industry and COVID-19) Casualties of the pandemic included thousands of pubs, restaurants, cafés, hotels, and mobile caterers, whose businesses were stifled by lockdown restrictions.

Now, just as the industry is getting back on its feet and beginning to breathe again, it’s walloped by soaring energy bills. In a September 2022 survey by The Caterer, the majority of hospitality operators reported a rise of between 100% and 300% in energy bills. This is yet another hurdle to be faced, and there’ll surely be some casualties.

A very short history of the British hospitality industry

From the first taverns, introduced by invading Romans, to the alehouses and inns of the Middle Ages, to the coaching inns of the 17th, 18th, and early 19th centuries, to the B&Bs, conference centres, teashops, and restaurants of the 21st century, the business of hospitality has long been part of our culture.

The modern restaurant has its roots in 18th century France. During the French Revolution, chefs who had worked for the aristocracy fled from their employers to avoid execution, opening their own eating establishments to make a living. It didn’t take long for this new style of hospitality to spread to the rest of Europe, including Britain. 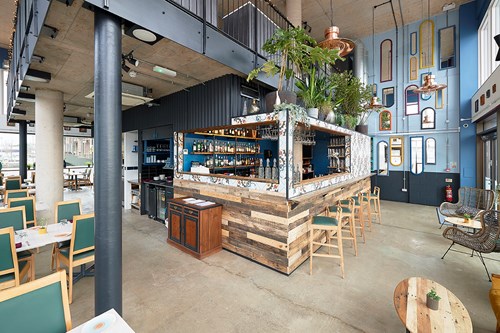 The word “restaurant” first entered the English language in the early 19th century. It was adopted from the French noun meaning a “restorative”, from the verb restaurer, “to restore to health” or “to provide food for”.

Today’s hotel is a descendant of the tavern (from Latin taberna, meaning “shop” or “cottage”) and the inn (an Old English word meaning “home”, derived from North Germanic languages). Accommodation for travellers became commonplace in the Middle Ages when pilgrimages were popular. Later, with the advent of horse-drawn vehicles, coaching inns sprang up along Britain’s main roads (approximately every seven miles!), providing travellers with food, drink, and accommodation – and stabling for their horses. 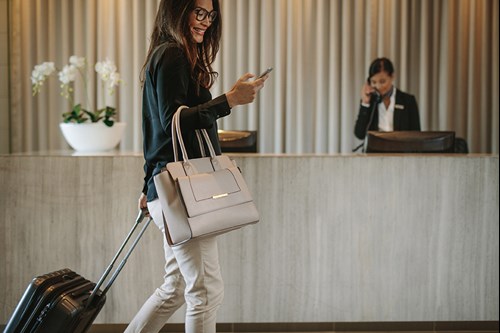 The modern public house – or “pub” – has richly mixed lineage, with elements of the Roman taverns, the Anglo-Saxon alehouses and inns, and the extravagant gin palaces of the 19th century.

The Oxford dictionary of English defines a pub as “an establishment for the sale of beer and other drinks, and sometimes also food, to be consumed on the premises”. 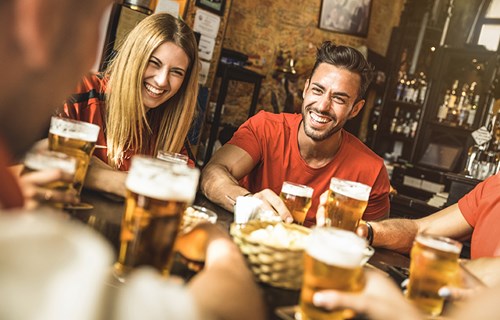 Campaign for Real Ale (CAMRA) defines “pub” as an establishment that “is open to the public without membership or residency; serves draught beer and/or cider without requiring food to be consumed; has at least one indoor area not laid out for meals; allows drinks to be bought at a bar”.

In his famous 17th century diary, Samuel Pepys describes the pub as “the heart of England”.

Why is the hospitality industry important?

Like the Anglo-Saxon alehouses, where people gathered to socialise and organise systems of community support, today’s pubs are very much a core component of British communities.

In the wake of recent rises in energy prices, hundreds of publicans across the UK are inviting people to use their pubs as warm and companionable places to hang out, with free water and hot drinks. For remote workers, many pubs are offering all-day co-working space with unlimited tea and coffee, free Wi-Fi, and lunch – all for a small fee. In some cases, a house beer or wine at the end of the day is included. 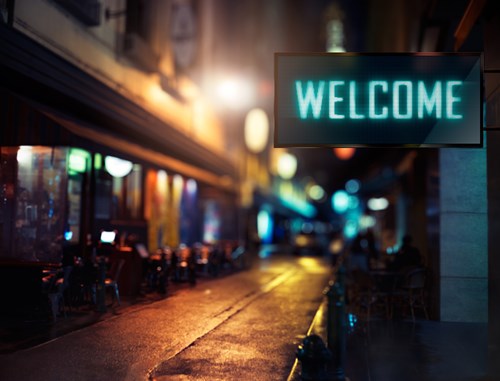 But it’s not plain sailing for the pubs. After their amazing generosity, they still have bills to pay.

These are some of the measures being taken by pubs, restaurants, hotels, and other hospitality establishments to reduce energy consumption:

Live music in pubs adds to the atmosphere and provides opportunities for new performers to kick-start their musical careers. Sports fans – and also many who aren’t bothered about sports – are drawn to the local pub to watch high-profile football and rugby matches on television screens. It’s a social occasion, and the pubs benefit from the camaraderie.

Prime Minister Rishi Sunak, says, “Pubs and sports clubs are the heart and soul of our local towns and villages. They’re the glue that keeps us together.” 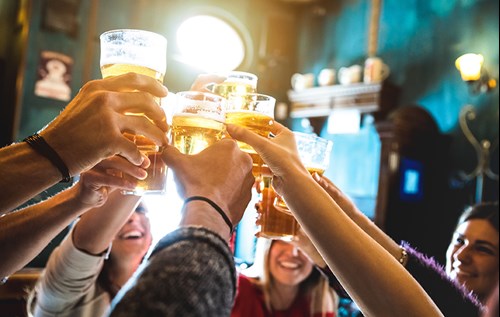 As Chancellor of the Exchequer, Mr Sunak introduced the Community Ownership Fund. The scheme, which was launched in 2021 and is due to continue until 2025, is designed to help community groups take ownership of assets and amenities that are at risk of being lost.

At Aqua Libra Co, we’re determined to do our bit too. That’s why we’re placing a five-year price-cap on the Aqua Bottler – and giving you 72 refillable glass bottles with each machine. (For details, contact us by phoning 0800 080 6696 or by emailing hello@aqualibra.com.)

The mains-fed Aqua Bottling system can dispense up to 120 litres of pure, chilled water every hour. Like all Aqua Libra Co water dispensers, the countertop and undercounter Bottlers are economical to run and take up very little space.

Whether the Aqua Bottler is used by staff for serving table water to customers, or whether it’s styled for self-service, this dispenser can have a huge impact on the bottom line – both financially and environmentally. 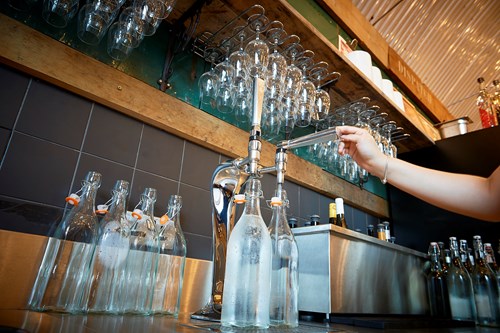 In contrast, consider the cost of chilling several hundred litres of packaged water in commercial fridges.

As a company dedicated to sustainability, our focus is on the elimination of single-use plastic. Operating at full capacity, Aqua Bottler dispenses 120 litres of water in one hour. That’s the equivalent of 240 500ml bottles – around 2kg of polyethylene terephthalate (PET).

Think about this amount of single-use plastic being transported for recycling or disposal by a vehicle that consumes approximately one litre of fuel per kilometre.

Consider the alternative: crates of packaged water transported across the country by fuel-guzzling lorries.

If you’d like to know more about Aqua Bottler or any of our other energy-efficient, mains-fed water dispensers, email hello@aqualibra.com or give us a call on 0800 080 6696.