Plastic Pollution: Be Part of the Solution

Plastic is a testament to human ingenuity and innovation. It’s the result of an inquisitive, explorative nature. Plastic is one of the greatest products of the human mind.

Plastic is a triumph of plasticity, rigidity, versatility, and strength. Plastic is built into our buildings, bridges, wrapping paper, and clothes … our street signs, suitcases, hairbrushes, and computers. Our descendants will know this era as the Plastic Age.

Plastic is here to stay. We’re not talking about the concept, but the physical plastic that’s already in existence.

Because the plastic we’re using today will outlive many species on Earth.

The first plastics were created as environmentally friendly alternatives to natural materials. The invention of celluloid was to save elephants from slaughter. Polyethylene carrier bags were designed to reduce the rate of deforestation.

Patented in 1862 by British chemist Alexander Parkes, the first commercially produced plastic was Parkesine, made from nitrated cellulose (nitrocellulose). Cellulose is a complex sugar that occurs as a structural component of cell walls in green plants. Parkes went on to create a plastic he named xylonite, made by mixing nitrocellulose with camphor, a waxy solid extracted from trees in the Lauraceae (laurel) family.

Having acquired the patent from Parkes when the Parkesine company ceased trading, American brothers John and Isiah Hyatt set out to create a suitable material for the manufacture of billiard balls, which were traditionally made from ivory. Based on Parkes’s xylonite, the Hyatt brothers patented their process of synthesising a “horn-like material”. They named the material celluloid. 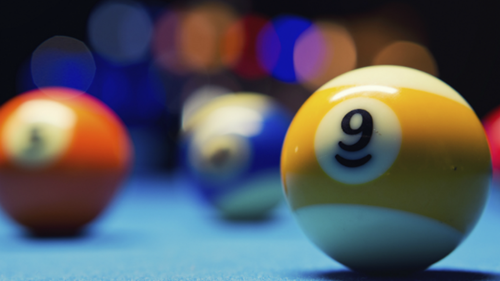 The invention of celluloid was inspired by a desire to halt the slaughter of animals for materials such as ivory and tortoiseshell.

Polyethylene was first synthesised by accident in 1898, but commercial production of the material began in the 1950s.

The reusable plastic bag was intended as an alternative to single-use paper bags, as a means of reducing the chopping down of trees. Thulin’s son, Raoul Thulin, told journalists: “To my dad, the idea that people would simply throw these away was bizarre.”

Plastic debris in the ocean

Plastic breaks down by photodegradation, and the process can take up to 1,000 years. Most of the plastic that’s ever been made is still with us, somewhere. Every year, around 14 million tonnes of plastic ends up in Earth’s oceans. 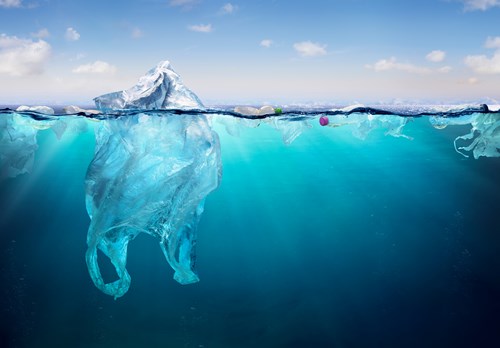 This anthropological debris is spread out around the globe, but huge quantities are drawn into the vortices created by the five ocean gyres: the North Pacific gyre, the South Pacific gyre, the North Atlantic gyre, the South Atlantic gyre, and the Indian Ocean gyre. Ocean gyres are systems of circular ocean currents formed by the forces of wind and Earth’s rotation. Plastic waste is dragged into the vortex of a gyre, forming a “garbage patch”.

How does plastic affect ecosystems?

Mammals and birds can be asphyxiated as a result of entanglement in large pieces of plastic, such as fishing nets, carrier bags, and collars from drinks-can packaging.

Floating plastic partially blocks out light, preventing the sun’s rays from reaching marine plants. These producers are essential to marine ecosystems. They’re the foundation of food chains and primary suppliers of oxygen. 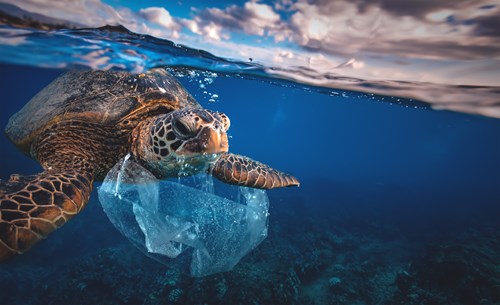 Plastic is ingested by animals, filling their digestive systems and making them feel sated. For example: albatrosses (four genera of birds in the family Diomedeidae) can mistake plastic resin pellets for fish eggs; and the loggerhead sea turtle (Caretta caretta) will swallow carrier bags, mistaking them for jellyfish. With stomachs full of plastic, these animals have no drive to feed and can die of malnutrition.

Nanoplastics release bisphenol A (BPA), a chemical originally prepared as synthetic oestrogen. Since the 1950s, BPA’s primary use has been as an ingredient of plastic. BPA has been found to have a detrimental effect on the reproductive systems of many marine animals.

How does plastic get into the oceans?

Sometimes plastic particles end up in the ocean through wastewater channels:

*Nurdles are plastic resin pellets, used for the manufacture of all plastic items.

How can we reduce plastic pollution? 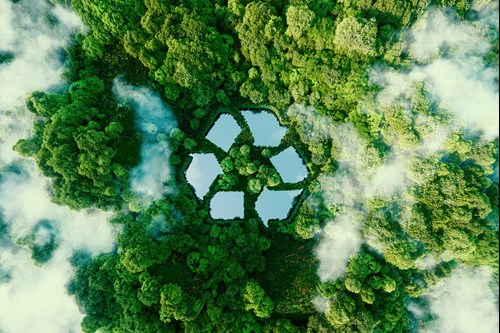 Plastic is not biodegradable, and it takes hundreds of years to photodegrade. So, it makes sense to recycle existing plastic. However, every time plastic goes through the recycling process, its long polymer chains, which give the material flexibility and strength, are broken, and the plastic’s quality is reduced. Recycled plastic is only of any use when mixed with virgin material.

Use alternative materials and products

One way to reduce the demand for single-use plastic is to opt for alternative materials or products.

Another pathway to the elimination of single-use plastic is to refill – to roll back to the old-fashioned way.

A revolution is a radical shift in social or political structure. The word comes from Latin revolvere, “to roll back (re, “back” + volvere “to roll”).

When it comes to the Refill Revolution, the concept of rolling back is particularly apt. There’s a sense of time folding back on itself, to the days when milk bottles were routinely returned and refilled; when daily commodities were purchased loose; when we carried our shopping in reusable bags. These were the days when our dustbins weren’t so full.

The UK coffee industry is growing rapidly. Almost half of all hot drinks are now sold in disposable cups, and each year in the UK, 2.5 billion of these cups are thrown away. Theoretically, coffee cups can be recycled, but many recycling plants don’t have the necessary facilities for separating the paper element of the cup from the plastic coating. So the cups end up in landfill. 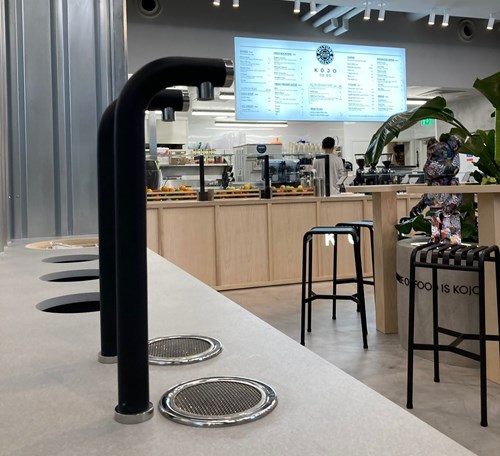 The importance of good hydration has never before been so high-profile, and there’s a trend for having drinking water constantly at hand. That’s why 7.7 billion single-use plastic bottles of water are purchased each year in the UK. And because bottled water is in demand, the manufacture of PET bottles goes on.

Aqua Libra Co proactively encourages a refill culture, and we’re proud to be a partner of City to Sea’s Refill campaign. Refill is an award-winning campaign to help people live with less plastic. To date, there have been 300,000 downloads of the free Refill app, which allows people to tap into a network of 274,000 refill stations in 10 different countries.

Why not download the free app and join the Refill Revolution!

Find out what makes us different.

We’d love to hear from you.