We all know it’s important to stay well hydrated. From headaches to indigestion, anxiety to constipation, confusion to joint pain … hypohydration can have serious adverse effects on our health.

The main role of our kidneys is to pack water-soluble toxicants and metabolic waste products into urine so they can be flushed out of our bodies. The urine is concentrated for minimal loss of water, but if a person is dehydrated, the urine will be over-concentrated. At optimum concentration, urine has a specific gravity of 1.005 to 1.030.

More on that later!

A brief history of uroscopy

For thousands of years, the visual and odoriferous properties of urine have been used to diagnose illness. Even flavour has played its part – for example, in the case of diabetes mellitus.

Greek physicians in the third century BC gave diabetes its name. The word comes from Ancient Greek “syphon” – a nod to excessive urination. Mellitus (Latin for “sweet”) was added in 1674 by the English physician Thomas Willis (1621-1675), who observed that the urine of diabetic patients tasted “wonderfully sweet as if it were imbued with honey or sugar”.

Based on a system of philosophy known as humourism, the Greek physician, Hippocrates (c 460-370 BC), hypothesised that urine was a filtrate of the humours – four body fluids (blood, phlegm, yellow bile, and black bile) that were believed to regulate human temperament and behaviour. Hippocrates took an unprecedented scientific approach to the study of urine, and throughout his life made many important discoveries about human health.

About 600 years later, when Greece was part of the Roman Empire, another Greek physician and philosopher, Galen (c 129-216 AD), theorised that urine was a filtrate only of blood, and not, as Hippocrates had suggested, of all four humours. Greek philosophy was a strong influence on the Roman world – a territory that encompassed Europe, northern Africa, and western Asia. However, Galen’s more accurate ideas about uroscopy didn’t shake the Empire’s faith in humourism.

In the Middle Ages, uroscopy took on a significant role in medical diagnosis. Urine was the physician’s window to a patient’s humoral condition.

The visual inspection of urine involved a specially shaped glass flask called a matula, and this piece of kit became the symbol of a physician, comparable to the stethoscope today. The trend for reliance on uroscopy as a stand-alone diagnostic tool led to an influx of unqualified physicians and a consequent lack of trust in the medical profession. Eventually, the matula became a symbol of ridicule.

The concept of humourism was finally crushed in the mid-19th century by the germ theory of disease. Today, physical and chemical examination of urine is referred to as urinalysis, a portmanteau of “urine” and “analysis”.

Chemical urine testing can now be done at home.

In the 1950s, American chemists Helen and Alfred Free pioneered the chemical dip-and-read urine test. Test strips will flag up the presence of leukocytes, nitrites, urobilinogen, haemoglobin, protein, blood, and simple sugars such as glucose and ketose. A pregnancy test indicates the presence of human chorionic gonadotropin (hCG), a hormone produced by the placenta. 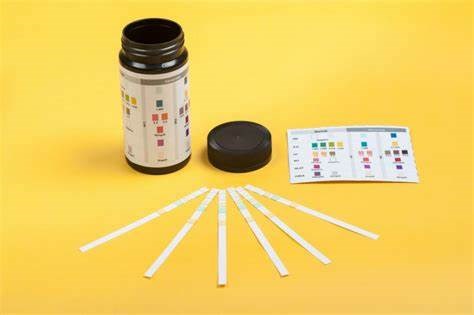 Mild hydration stimulates thirst. When 1% - 2% of body water has been lost, the desire to drink is activated by the hormone vasopressin, which is released by the hypothalamus in response to low blood pressure or high blood sodium content.

A loss of 3% - 8% of total body water is more serious and causes varying degrees of cognitive impairment, from light-headedness and fatigue to dizziness and confusion.

Specific gravity strips are great, but if you drink enough fluids, you can stay hydrated. Approximately 80% of our daily water consumption comes from drinking, and 20% from food. If your recommended daily fluid intake is 2,000 ml, you’ll need to be drinking about 1,600 ml a day. Also, make sure you eat plenty of fruit and vegetables, most of which contain at least 70% water. 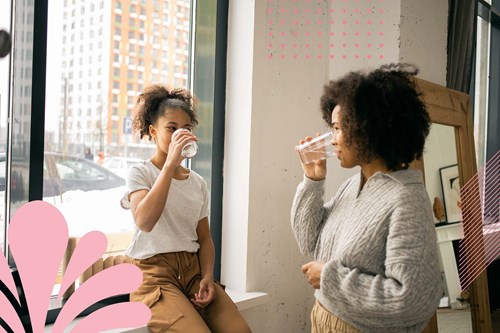 As we get older, the thirst reflex diminishes. In middle age, we become more susceptible to hypohydration. In old age, dehydration is a common – and sometimes life threatening – health problem.

Sometimes, we don’t feel so thirsty in winter. In cold weather, blood flow to the peripheries is restricted, and blood is directed to the vital organs. Registering status quo in the core, the hypothalamus holds fire on the vasopressin, even though total body water may be below par.

So there are times – in cold weather, for example, or in old age – when we can’t rely on the sensation of thirst to maintain a healthy state of hydration. There are times when it might be necessary to drink by rote.

So, why not keep a bottle of water close by. Drink regularly, and when the bottle’s empty, refill and repeat. 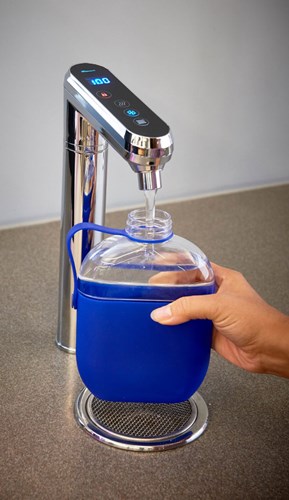 If you’d like to talk to us about helping employees to stay hydrated and productive at work, give us a call on 0800 080 6696 or email hello@aqualibra.com. We look forward to talking to you.