“Ensure availability and sustainable management of water and sanitation for all.”

Annually, on 22nd March, environmental and health organisations around the world publicly advocate the importance of sustainable water sourcing. Each year, World Water Day has a special theme, and this year, the theme is “Groundwater – Making the Invisible Visible”.

The Importance of Groundwater

Groundwater accounts for about 50% of the world’s drinking water, 40% of its irrigation water, and around 33% of water used in industry. This freshwater is sourced from aquifers, which are bodies of rock that hold water within the pores of porous rock and within the cavities and cracks of non-porous rock. Aquifers close to the surface are more quickly replenished by rainwater than those deeper in the Earth’s crust.

The problem is, water is pumped from aquifers at a faster rate than it’s being replaced, and deeper wells are being drilled to reach the deepest aquifers. As an aquifer’s water content is depleted, resistance against the pressure of the ground above is reduced, often causing subsidence and reducing the rock’s capacity to hold water. To exacerbate the situation, highly developed areas form an impervious barrier to rainwater, preventing the replenishment of aquifers.

With human activities intersecting with water-flow pathways, it’s not unusual for groundwater to be contaminated with fertilizers, pesticides, solvents, and pharmaceuticals. Landscape disturbance from mining will sometimes introduce geogenic (i.e. naturally occurring) contaminants to groundwater resources. 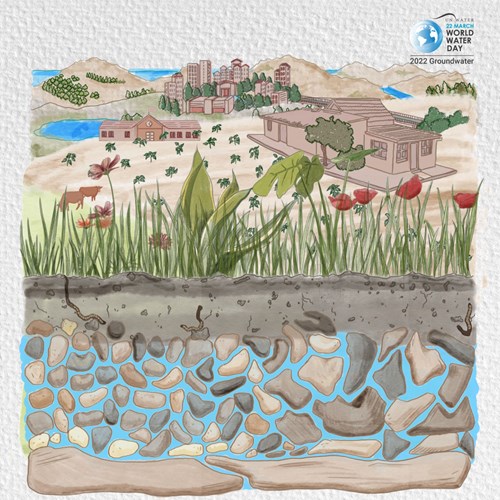 A New Job for Emma

When Emma Gardner, an experienced marketing manager, joined the Aqua Libra Co marketing team in March this year, she knew there’d be a lot to learn.

We suggested getting her up to speed by running through her role and responsibilities.

Emma said that would be great.
Go at your own speed, she was told. Pace yourself.

We told Emma we were sure she’d last the distance.... And then we told her about the World Water run. 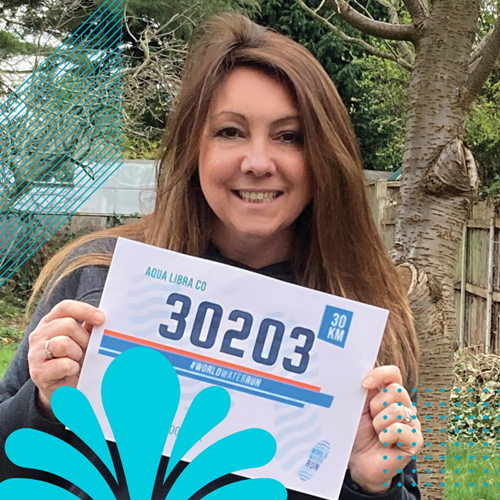 At Aqua Libra Co we’re running before work, after work, during lunchtimes, and at weekends. The money we raise through sponsorship will be donated to WaterAid, a charity we’re always keen to support.

WaterAid is an international non-governmental organisation, focused on water, sanitation, and hygiene. It was set up in 1981 as a response to the UN International Drinking Water decade (1981–1990). As of 2018, it was operating in 34 countries.

The organization, which was founded as a charitable trust by the UK water industry at their main office premises in London on 21 July 1981, established first projects in Zambia and Sri Lanka.

This amazing organisation is striving for a world where everyone, everywhere, has safe and sustainable water, sanitation, and hygiene. WaterAid changes millions of lives every year, working in 28 countries to provide clean water, decent toilets, and good hygiene.

When it comes to matters of the environment, Australian business woman, Mina Guli, is one of the world’s most influential campaigners. She has pushed her body to the limit to capture our attention. Now she has it. Mina is at last getting through to us all the desperate need to preserve our most precious resource: water.

In her youth, Mina sustained a serious back injury. The prognosis was that she’d never be able to run again. But Mina says, “I saw it as an opportunity to redefine my limits.”

In 2019, Mina Guli set out to run 100 marathons in 100 days. After 62 days – and 62 marathons – she collapsed with a broken leg. To her surprise, supporters all over the world ran for the cause, because she no longer could.

Between 16th and 22nd March, people all over the world have been running to raise money and awareness for environmental causes. The team at Aqua Libra Co, located in different parts of the country, have clocked up several hundred kilometres between them.

On her first day at Aqua Libra Co, Emma Gardner, based in Birmingham, cheerfully pledged to run/walk 15km. Or so she thought …

Well, there I was believing it was a 15km target, only to find out I’d actually signed up to complete 30km. I started my challenge with a slow 5km run. (Phew! I really need to up my game.)

I was out by 7am and managed to complete a 6.2km run before taking the kids to gymnastics and football training.

This evening I went for a slow, unenthused jog. I managed 5.7km. Wish I’d remembered about the run before I tucked into that huge Sunday roast. It was a struggle.

At lunchtime, I walked 3.2km. After work, I took my 10-year-old son out with me for moral support. He wasn’t all that keen, but I promised I’d buy him some sweets when we got back. I clocked up 8.1km.

At lunchtime, I trotted round the block for 1.6km. I thought I’d reached my target of 30km, but when I did the sums, I found I’d done 29.8km! When I put my trainers on this evening, I just planned to run the last 200 metres, but I was so relieved I’d succeeded, I carried on running! I ran for 2.3km, making a total of 32.1km.

The Aqua Libra team clocked up 750km, with many of us surpassing individual goals. If you ran with Mina for this year’s World Water Day, we’d love to hear about it. And why not help spread the message by sharing this article on social media.