Why Are Plant-Based Diets Becoming So Popular?

All over the world, the popularity of veganism is growing. Few countries, however, are embracing the trend as enthusiastically as the UK.

Consumer research in 2021 showed that 15% of Brits had completely cut out dairy products from their diets, and another 42% had reduced their dairy intake.

There are four main philosophical reasons for adopting a plant-based diet:

India has the lowest rate of meat consumption in the world. This tendency towards a plant-based diet is connected to ahimsa – the ideology of non-violence – which forms the basis of India’s main religions: Hinduism, Buddhism, and Jainism.

Followers of these three religions represent approximately 81.5% of India’s total population. Although Buddhism, Hinduism, and Jainism don’t preclude meat consumption, the philosophy of ahimsa does influence people’s choices. However, the influence is more towards vegetarianism than veganism.

Animal-food diets are associated with higher cardiovascular morbidity. High intake of plant-based foods, on the other hand, reduces the risk of heart disease. Animal foods – meat, milk, eggs, and their derivatives – contain saturated fats. Eating a lot of these foods can lead to high cholesterol levels, which increase the risk of stroke and heart disease.

Meat has been categorised by the World Health Organisation as carcinogenic. A plant-based diet reduces the risk of cancer. 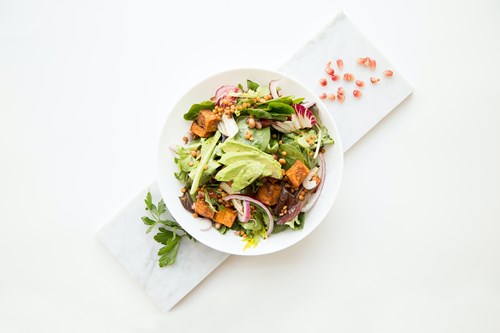 Abolitionist veganism is a philosophy based on the right of all sentient beings not to be treated as property or resources. The word vegan was coined in 1944 by a leading campaigner for abolitionism, Donald Watson.

Abolitionist vegans also stand against using dietary health as an incentive for veganism, as this motive of self-interest obscures the point of abolitionism.

Approximately 5 billion hectares (38%) of the world’s land surface is used for agriculture. Two thirds of this land is grazing pasture for livestock, and the rest is cropland. Roughly one third of the cropland is used to grow feed for livestock.

Since the beginning of the Industrial Revolution, the concentration of atmospheric methane has more than doubled. Methane is a by-product of enteric fermentation, the organic decomposition by microorganisms (methanogens) in the digestive systems of ruminants. At present there are more than 264 million dairy cows worldwide, all emitting methane gas.

Reduced demand for animal-based foods will lead to reduced production.

Businesses all over the world are working together to bring about cultural and economic changes that will help us achieve net zero by 2050.

KOJO, in Devonshire Square, London, is one of those businesses. Specialising in 100% plant-based juices, shakes, and baked goods. KOJO’s sustainability agenda goes beyond veganism. The brand has joined City-to-Sea’s Refill Revolution and is working towards eliminating single-use plastics by offering free chilled and ambient drinking water to customers from two self-service Aqua Alto taps. Read more on our project with KOJO here. 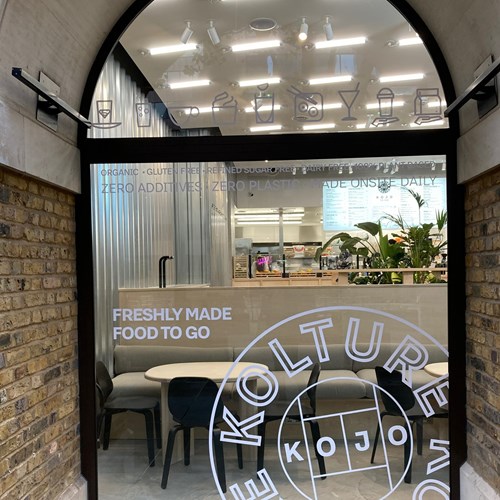 Reduced demand for single-use plastic will lead to reduced production of plastic.

If you’d like to talk to us about sustainable hydration solutions, give us a call on 0800 080 6696 or email hello@aqualibra.com.

You may also like to read about how to specify sustainable, innovative drinking-water systems.